What's terrific about this interview is that it was published around the time that "Sunny" hit #1 in Cashbox, #2 in Billboard, and when Bobby was touring with The Beatles.

The article claims Bobby was born July 26, 1941, but that was actually his third birthday when he was tap dancing with the Typewriter Brothers (including his older brother Hal Hebb) at the Bijou Theater, his first stage performance at 3 years of age.

Bobby was actually born on July 26, 1938 and this newspaper article was published on his twenty-eighth birthday.

This KFWB/98 story has true nuggets on Bobby's career that we haven't seen published anywhere else. 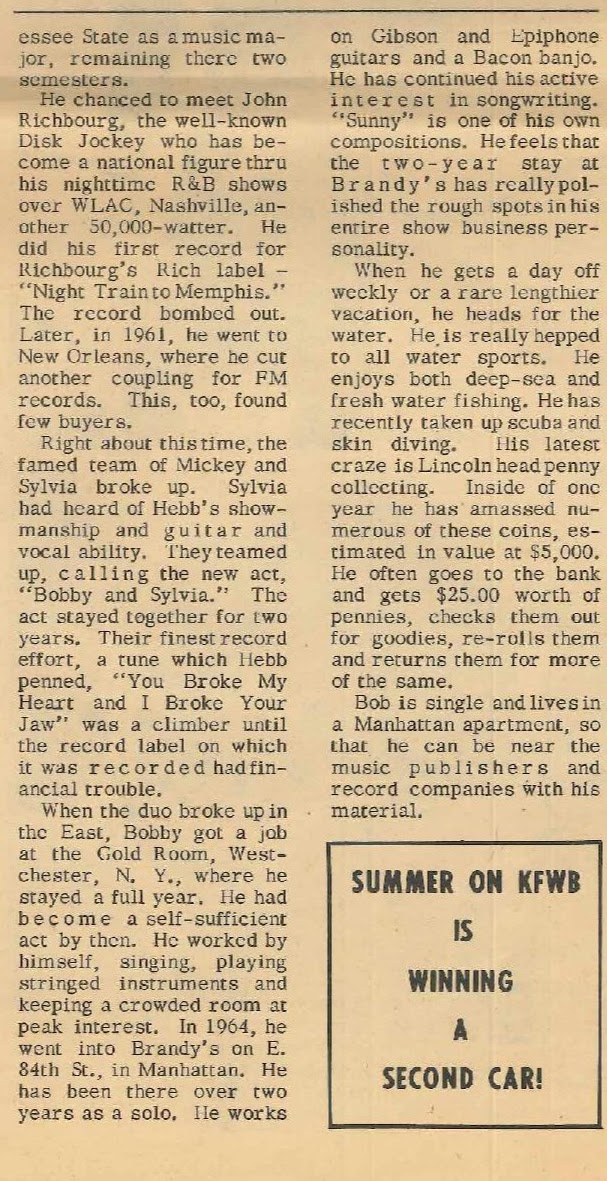 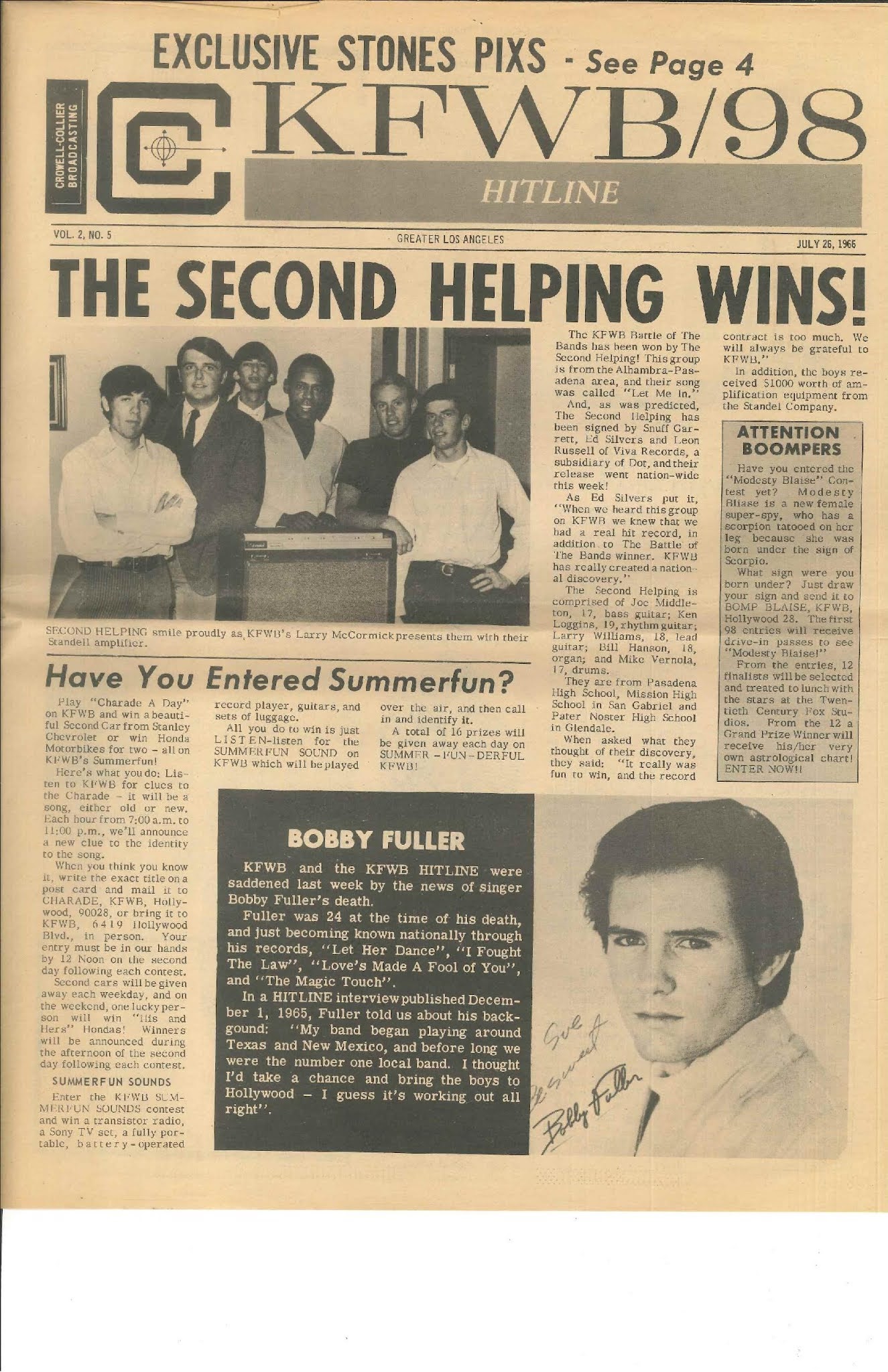 Posted by bobbyhebb at 4:00 PM
Email ThisBlogThis!Share to TwitterShare to FacebookShare to Pinterest

bobbyhebb
Bobby Hebb is one of the greatest songwriters in the history of music.